Get fresh music recommendations delivered to your inbox every Friday.
We've updated our Terms of Use. You can review the changes here.

Vs. the Cutting Room Floor 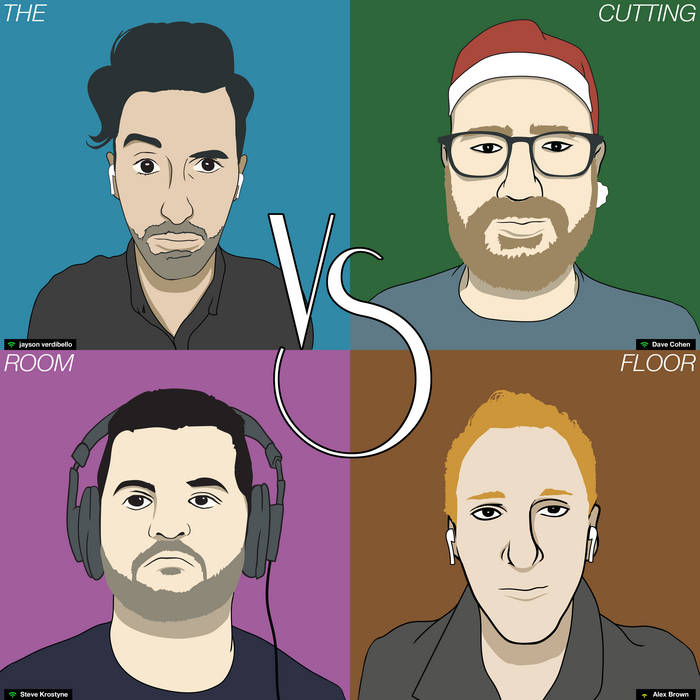 Heyo! So 2020 has been a bummer for all of us for, well, pretty much every reason imaginable. Remember murder hornets? That was like a decade ago. 2020!

Anyway, in the before times, we had these grand plans of regrouping and putting together a new EP, and even had some studio time booked in May to get this jawn put together. How silly of us! As iso/quar wore on, we kept searching for new ways to get some new material going, but seeing as we live in three different states with varying degrees of lockdowns (and, oh, one of us needs to get on a plane to do things in person), logistics became impossible.

So instead of a shiny new toy, we have a lightly polished refurbished toy, aka "The Cutting Room Floor". As would be appropriate for a year like this. We dug into the archives for a couple of pieces to hold you all over until the after times are a reality (seriously, get the damn vaccine).

"Stationary" has long been one of my personal favorites, mostly because Alex plays mallets on it. Jay wrote the main riff while we were helping track Rachel Schain's "Lilacface" record back in July 2012, and after a few rounds of adding parts, the song pretty much came together in the matter of a weekend or two of rehearsals. This is the last track remaining from the sessions that produced "Vs. the Swingers and the Saints", recorded at the Headroom with Joe Reinhart of Hop Along back in April-May 2015. (Fun fact: This version is actually two early mixes that Kro spliced into one!)

"Newark and Hudson" is a song that most of you probably know already (a full band version was recorded during the Swingers sessions as well and was released as the B-side to the "Soul of the City" single), but this is the O.G. A long, long time ago, when our good friend Eric Smith was about to put out his first novel, "Textual Healing", he asked us to put together a quick track to be a part of the accompanying soundtrack, and we were glad to help out. Eric sent us a copy of the book a few weeks before release, and both the book and the song were done in a matter of hours. We weren't able to get all of the boys together to record a full band version in time for Eric's release party, so Jay and I (and our good buddy Ed Taylor on percussion) did this acoustic version at Cambridge Sound Studios (way back at the original Newtown, PA location) with Todd Mecaughey back in November 2010.

Todd was gracious enough to quickly whip up some masters of both of these tracks, and we're proud to put them out as good snapshots from the archives that can sub in the place of new tunes in this shitshow of a year.

Be well and thanks for listening. Stay safe. Stay sane. More to come. Keep those glasses raised and those spirits high.

Additional percussion on "Newark and Hudson (Acoustic)" by Ed Taylor. He's really quite good at it!

Lyrics by Cohen and Verdibello, music by Venice Sunlight.

This record is meant to be played loud, so TURN IT UP!