Get fresh music recommendations delivered to your inbox every Friday.

from Masquerades on Saturdays (Single) by Venice Sunlight 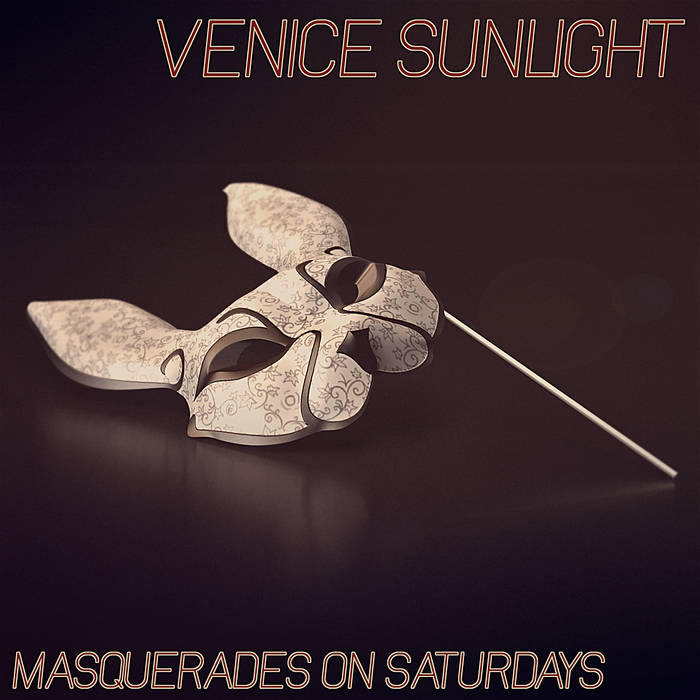 The B-side here is also an alternate mix of the final track on our debut record. The levels have been changed to protect your eardrums. (Maybe.)

Get home, turn on, tune in, let the needle drop
Unwound, but I can't exhale 'til the music stops
So Kellie moans, "Let's dance 'til the morning comes"
And I put on I didn't see it coming

At six, she runs downstairs to get a six
At nine, she comes back up with her bag of tricks
She won't back down and I tell her I'd never
When she's in town or even when she's better

Yeah, the records spin and Jenny's stumbling 'round
The girls can't win and they reject the sounds
In stereo, but it's only rock and roll
And I like it, yeah I like it, yes I do

The records spin and we're all lingering
The girls can't win and they reject the men
In stereo, but it's only how they roll
And they like it, yeah they like it, yes they do

It's cold out, so we saunter over to a bar on Park
One round, wondering where Casey went after dark
It's two drinks down and we figure she's locked out
But no one takes pause to think that she's locked up

The records spin and Kellie's just passed out
So we can't win and we reject the night
In stereo, but it's only rock and roll
And we like it, yeah we like it, yes we do